The best months for fishing are the three months the lake remains ice free; June through August. North Seal River provides the best quality and quantity of trophy Northern Pike seen anywhere. As a bonus, it is one of the few Canadian frontier lakes that offers four species of fish to pursue; Pike, Walleye, Lake Trout and Arctic Grayling. North Seal River is approximately 300 miles long and being geographically as far northwest as it is, the water temperature remains cold for extended periods. 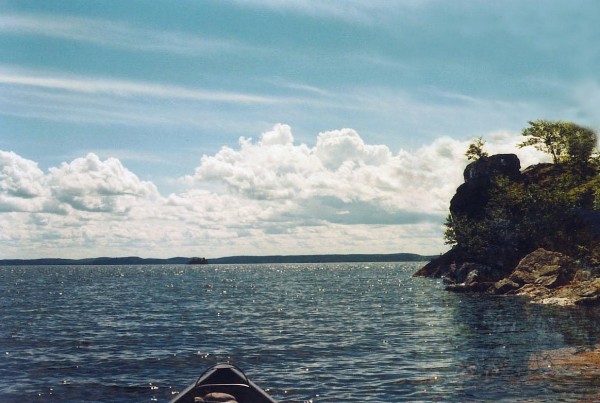 Thusly, fishing on the northern reaches of the lake would be most advisable and for this reason, we recommend “Gangler’s North Seal River Lodge”. It lies on the northern third of North Seal River, thus eliminating lengthy boat rides from their southern counterparts. Their camp boasts of the best food in Canada, the roomiest and fastest boats and the best accommodations in the outdoors.

Tackle, which would serve your needs at North Seal River, consists of spinning or casting combos in the medium to medium heavy range for Pike or Trout, light actions spinning gear for Walleyes and ultra light tackle for grayling. one can double up both Pike and Trout spoon selections that will work well for both species using 17 to 20 lb. line. For Walleye, Jigs and Twisters, Rapalas and Mepps Spinners seem to be the ticket with 8 lb line.

Grayling require a more delicate approach with Mepps Spinners in the 0# and 00# (size matched with 2 to 4 lb line). As with most fly-in camps in Canada, North Seal River Lodge provides Saturday to Saturday flight schedules (4 day packages are offered – check for availability). Camp prices, from Winnipeg to Lynn Lake, 6 1/2 days of fishing, all food, shore lunches (which are outstanding), guided trips and beverages (nonalcoholic) are $2,695.00. Extras are beer, overnight hotel in Winnipeg (Friday night), tips and licenses and flight to Winnipeg. North Seal River Lodge provides jet service from Winnipeg, Manitoba to Lynn Lake, Manitoba every Saturday morning, departing at 6:00 A.M. Overnights in Winnipeg are obviously a must and can run up to $100.00 per man.

On the return side, connections from Winnipeg can be made to most destinations as early as 11:00 A.M. North Seal River Lodge, as he has several outpost camps as well, practice catch and release, so no fish nor trophies come home. Superior Sport Fishing can facilitate your trophy whether Pike, Grayling or Trout, with a reproduction, so life-like, you can not tell it from the actual fish.

Comments Off on Reindeer Lake, Saskatchewan